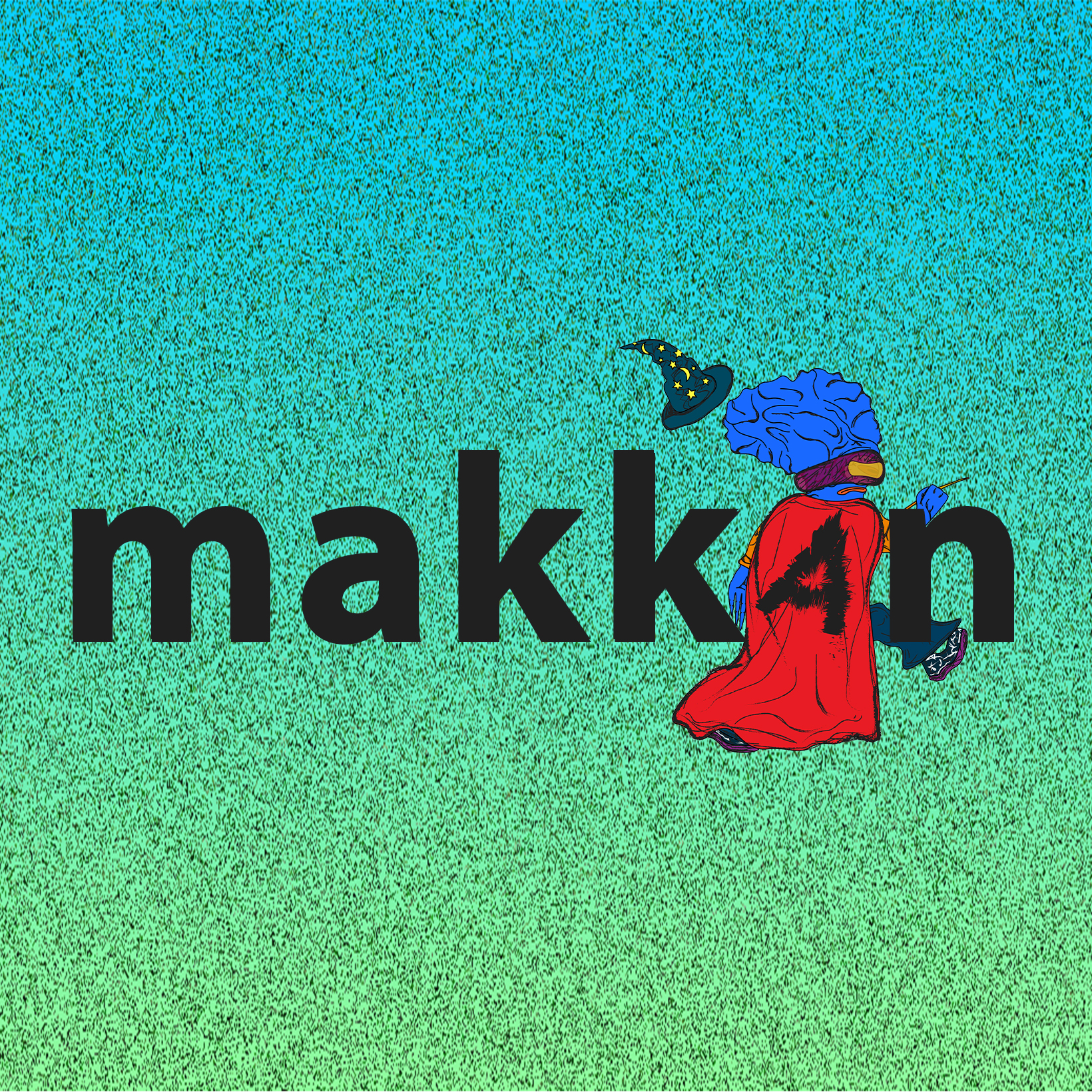 NFT - alien by the name of Makkan. Limited Collection - 100 NFTs.

As Earth is filled with mountains, Makkan decided to explore it and gather more experience about its nature. By luck, his ship landed near a campsite of experienced travelers. UFO was nothing strange for them, so it was quite easy for Makkan to introduce himself. He explained his plan and idea on what he was trying to do up here, and after long conversations, Explorers gave instructions with maps on how to find different places. One explorer was so friendly that he even gave Makkan his spare hiking shoes, backpack, and clothing. Makkans journey started fully prepared!

Before arriving on earth, Makkan's ship stuck in some strange clouds. As Makkan tried to inspect what happened, he was greeted by Angels, with wings and halo above the head. Before letting Makkan enter the Earth, Angels needed to clarify if Makkan here is for goodwill or not. They came up with many different tasks and questions. Once he completed it, Makkan was marvelous. Angels even decided to nominate him as one of them. They introduced all the instructions on what he has to do to help God with his mission. Makkan left, and the next day he woke up with wings, a white robe, halo, and horn. He started his duty as an angel immediately.

Before arriving on Earth, Makkan always had a dream to be a Teenager. Go to school, do homework, meet some friends and participate in all various youngsters activities. He decided to pick the craziest high school, travel to that location, and build up a community of friends. Makkan's plan quite passed, after a few days, the whole school was over him, but the headmaster did not let him study inside, he gave a permission to participate in activities after studies and during the school breaks. Besides that, he was gifted a cap, some shorts, a shirt, and shoes from the high school community. Makkan was indescribably happy, never missed a break or activity that he could participate in!

There are no possibilities (even for an alien, haha) to skip a cowboy in Western America. To a great surprise for Makkan, he accidentally landed in a filming scene of “Walker, Texas Ranger”. The filming crew taught that UFO is one of the actors, so they glammed him up, dressed with a true vintage cowboy cloak, cowboy hat, cowboy shawl, cowboy boots, and gave a scene script. Cowboy, cowboy, cowboy… Oh, boy! The alien was stunned by the filming set, but once he saw Ranger Cordell coming, he was frightened to death. He does not really want to share the end of the story…

Makkan ship landed in Marocco, Sahara, straight into the desert. Extremely hot, even for Alien, with no water and no one around him. Makkan found a snake, and instead of hunting, he acquainted with her. He was always good with languages, so it was not difficult for him to learn another one. Snake shared her knowledge about the deserts and led him to her Arabic friends. They were shocked, not because they just saw an alien, but because he was not wearing any headwear. Arabs took care of Makkan, gave him clothing, shoes, headwear, and gifted a snake to help him with his adventures in Sahara. Makkan started his trip to get out of Deserts.

After the arrival to Earth, Makkan landed in Fantom Forests, the first person he met was a scout, camp-guide Edward. Because Makkan spend many years alone in the galaxy, he asked if he could stay in the camp and get along with his scouts. Edward accepted it with some conditions: Makkan can't be found, can be seen sometimes, and always have to wear different clothes, change his skin color, and do sneaky things. To not stand out from the scouts, Edward gave the uniform, camp flag, and a backpack full of various survival instructions. Makkan adventures as a scout began.

Makkan's ship crashed upon arrival on the Earth. Due to a high speed, it went so much below ground, that it reached the afterlife. Devils took Makkan from its ship, gave some recovery liquid, and started to talk with him. Makkan presented himself as a goodwill creature, that had no bad intentions on this planet. Devils began to laugh at him, this liquid Makkan just drank was filled with dark energy, horns started to grow on his head, canine teeth grew up, skin color started to change, he just became the evil himself. Makkan received a cape, magic hat, and pumpkin as a lamp. These items will help him to follow Devils duty on doing creapy things on this planet.

Since the first Makkan’s observations of people he noticed that something strange is happening at night - people are going to sleep?! As an alien, he was not used to a such lifestyle, but because he was motivated to get to know the human race, he decided to try to go to sleep. At first, he got himself a beautiful nightgown from the female’s department, then he found a cozy pair of wool socks, soft slippers, and a sleep hat. The feeling of comfiness made the alien feel very good, but he could not keep his eye closed together. Makkan was not able to fall asleep, so there was nothing left, so he lit up a candle and pretended to sleepwalk every night spend on Earth.

On the way to planet Earth, Makkan’s spacecraft radar has spotted the great beauty of France's capital lights - Paris at night. UFO could not stop the ship from going straight to Europe’s center of fashion. Successfully landed on the Champs de Mars, Makkan started his magical experience in Paris. Fresh baguettes on every corner, delightful wine, stylish people on the streets, and Parisian vibes in the air inspired him to go to the barber salon. Makkan got himself a legendary style mustache, the ones which every true Parisian has, and of course - a beret. Also, a well-styled long-sleeve shirt, wide trousers, and a pair of vintage cowboy boots that he wore totally set the trend for the upcoming fashion week, haha. To be honest, Makkan has never felt that flawless before.

After the arrival to Earth, Makkan was kidnapped by quasi-government Agents. He woke up in the lab, locked up, and laid down for examination. Makkan saw that he is not the only one who got caught by Agents, many more different creatures were in the same lab. He was moved to the interrogation room for questions regarding his arrival. Makkan seemed very valuable for Agents due to some work, they decided to assign him with a mission that could be beneficial for both sides. Makkan received a suit, sunglasses, and a suitcase filled with paperwork. His mission as an agent began.

Upon arrival to earth, while Makkan was tripping in the fantom forests, by accident he found a shack with an old man. It was quite a scary place, with lots of candles, books, and a boiling pot. Shack keeper presented himself as a protector of this forest, and it was curious for him to see a creature like Makkan. He gave to drink some green liquid from boiling water, and they started to talk. Makkan lost connection with time, was stuck in the shack for years, had endless conversations with this mystical man, turned out that he was a wizard. Oldman needed someone that could pass his duty on protecting the forests. After the discussion, he decided that Makkan would be a perfect fit for it. He gave his all wizarding knowledge, handed over his cape, hat, wand, glasses, magic boots, presented on how to use them properly, and the journey of Wizard Makkan began.

While exploring the megacities of the world, Makkan the alien found it interesting, that there is one person on Earth, that is famous almost all over the world. After some research, he came across a Santa Claus. Makkan has a big sympathy for red color, also, he loves to give gifts and spread happiness back at his homespace, so he taught that it would be wonderful to become a Santa Claus even for one day. UFO prepared quite well, he sew himself a classical Christmas hat, a big red body costume that he stuffed with pillows to make his tummy curvy, and added a huge leather belt. Winter boots were on point too. He wanted to have Santa Claus’s reindeers as well, but they all were busy, so Makkan attached two tree sticks to his forehead and pretended, that they are deer’s horns. Finally, he grabbed a gift bag and went out for a Christmas journey. 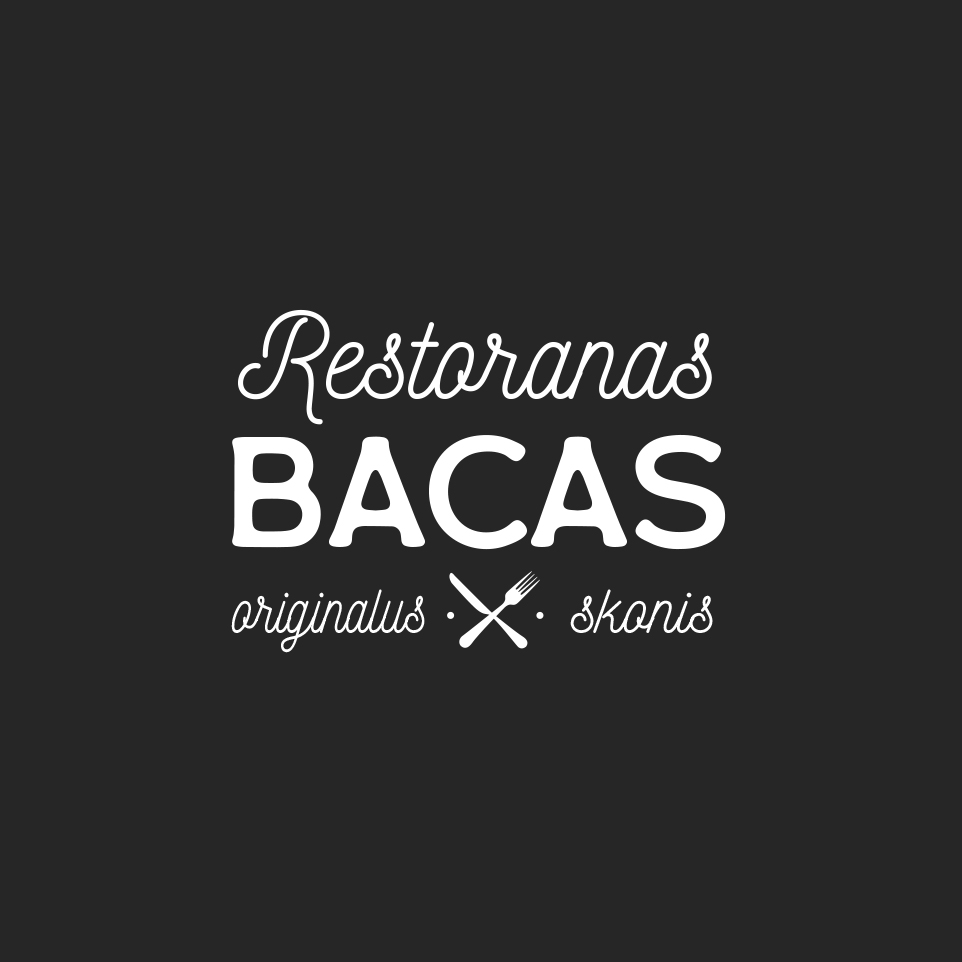 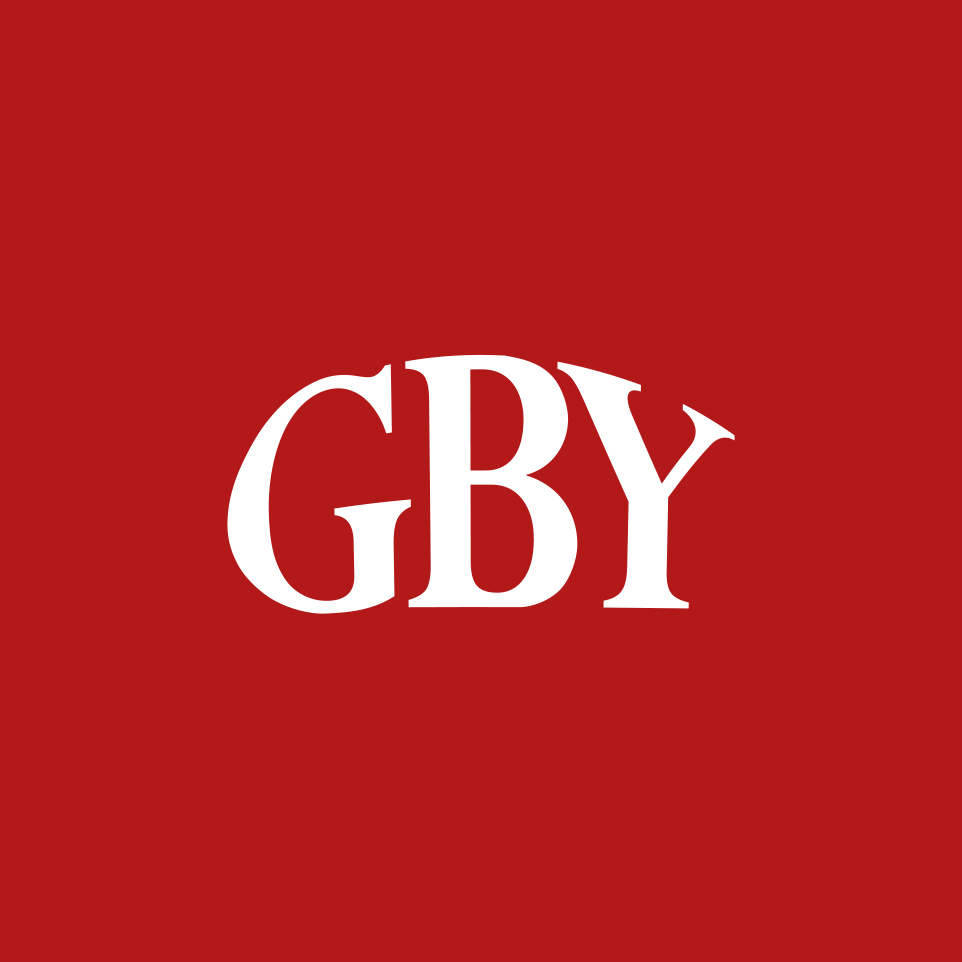 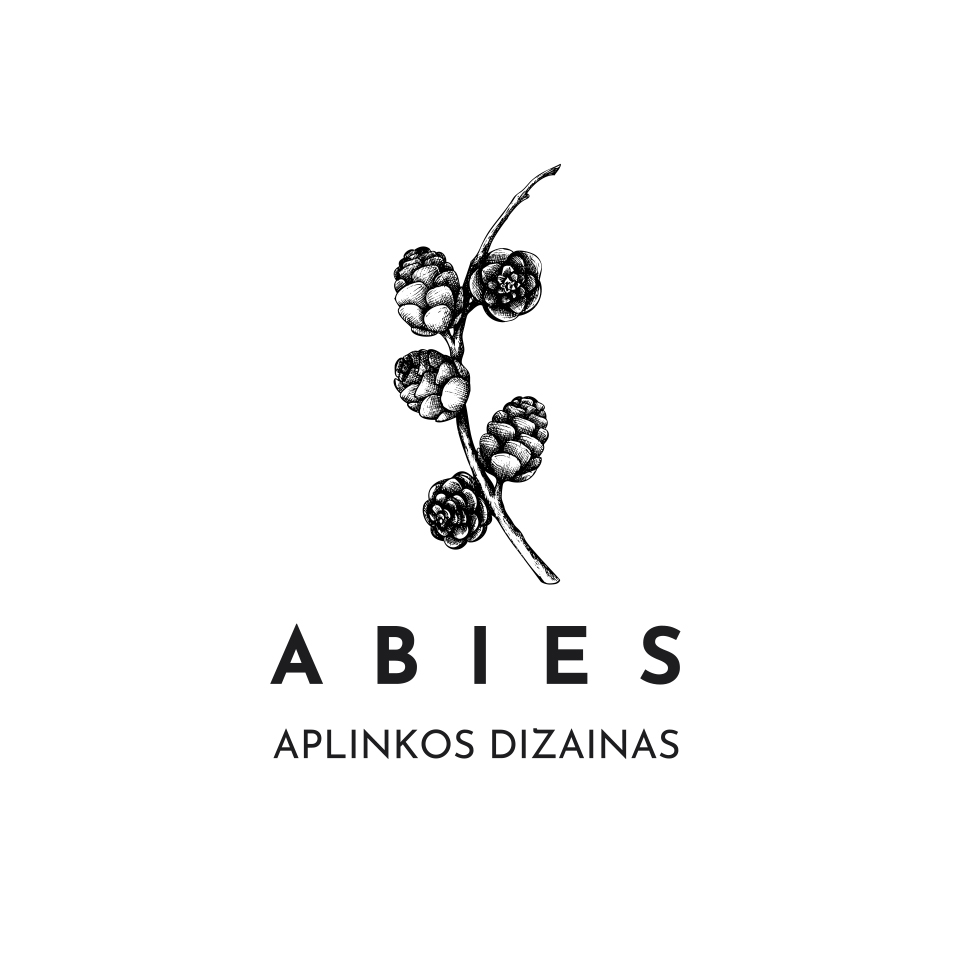 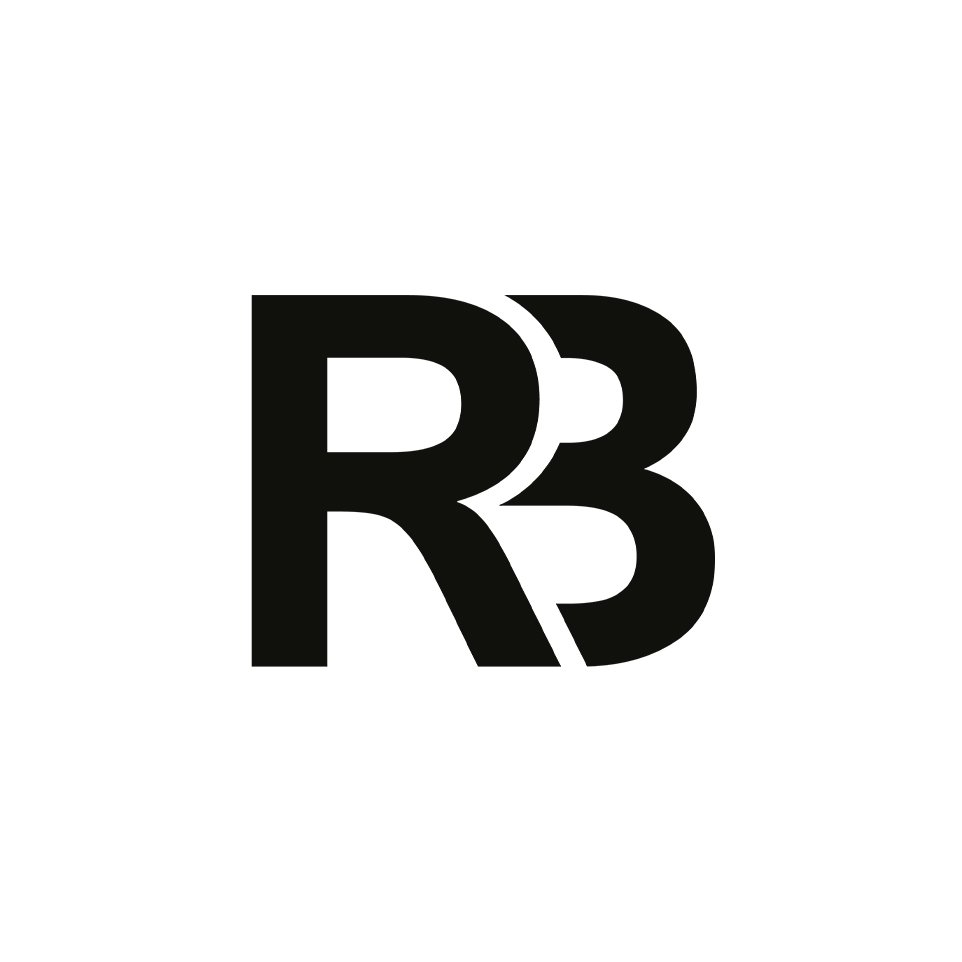 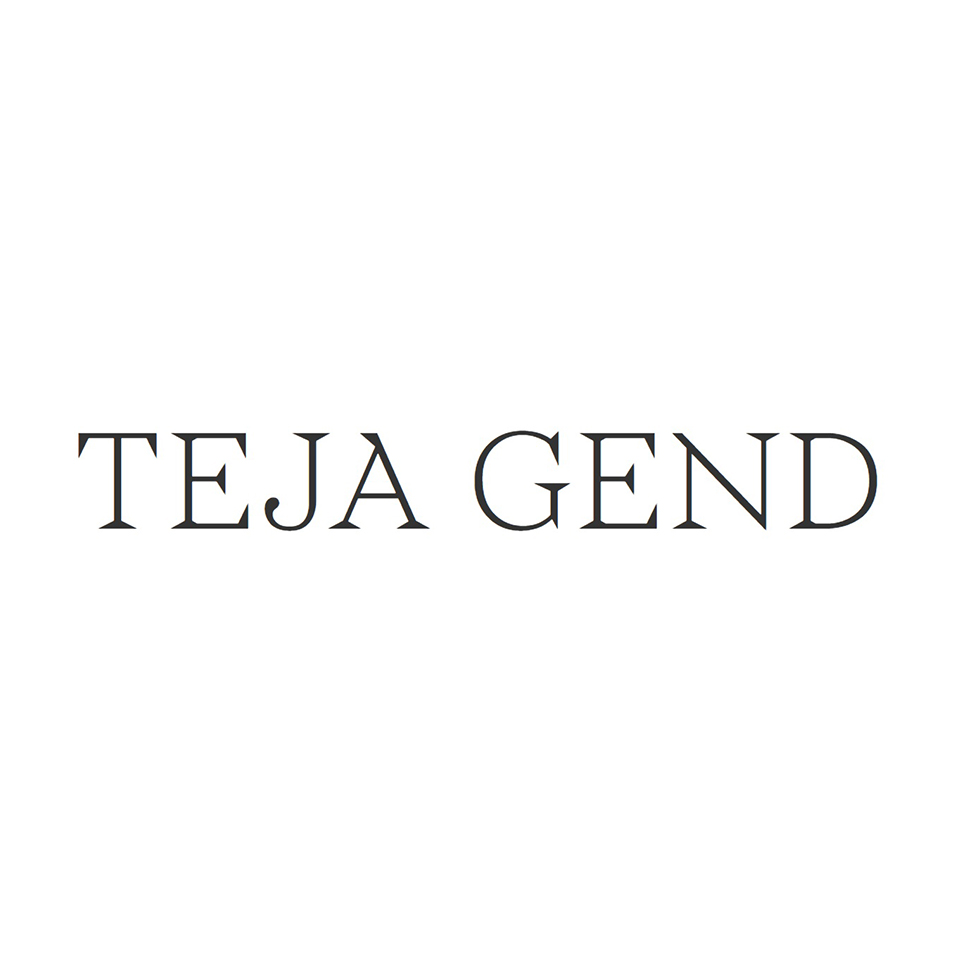 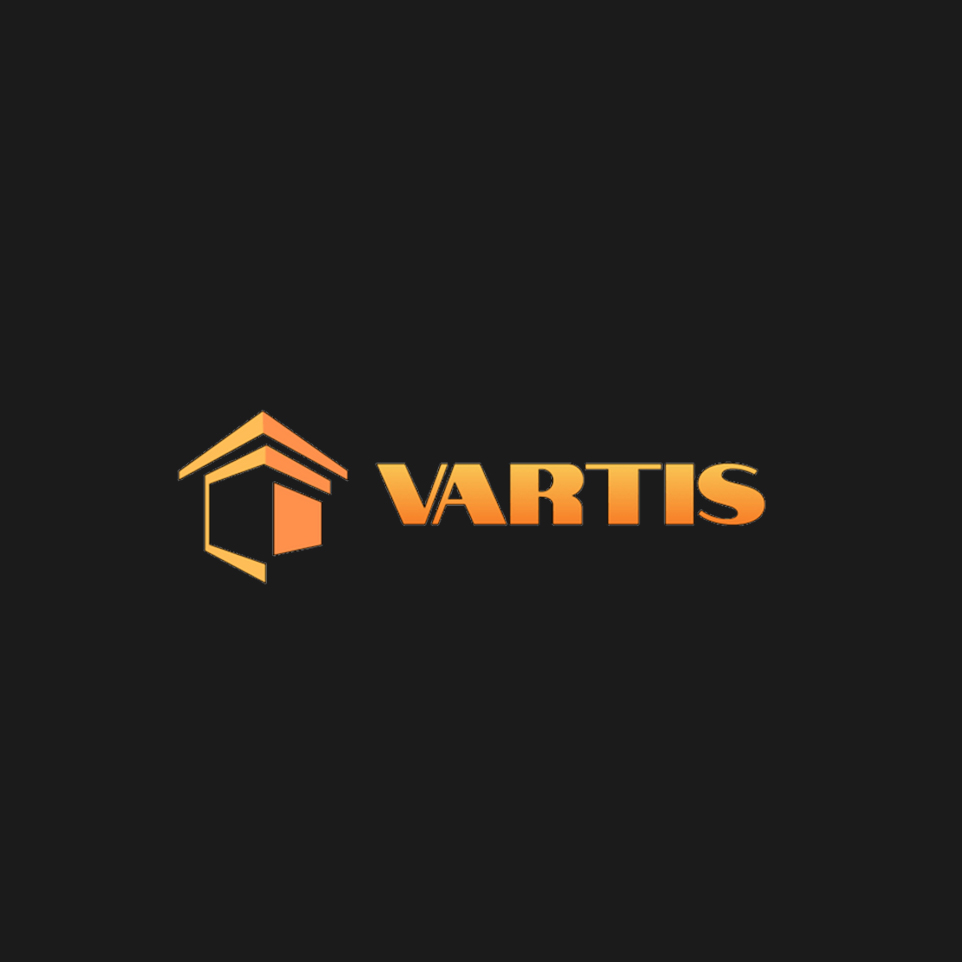 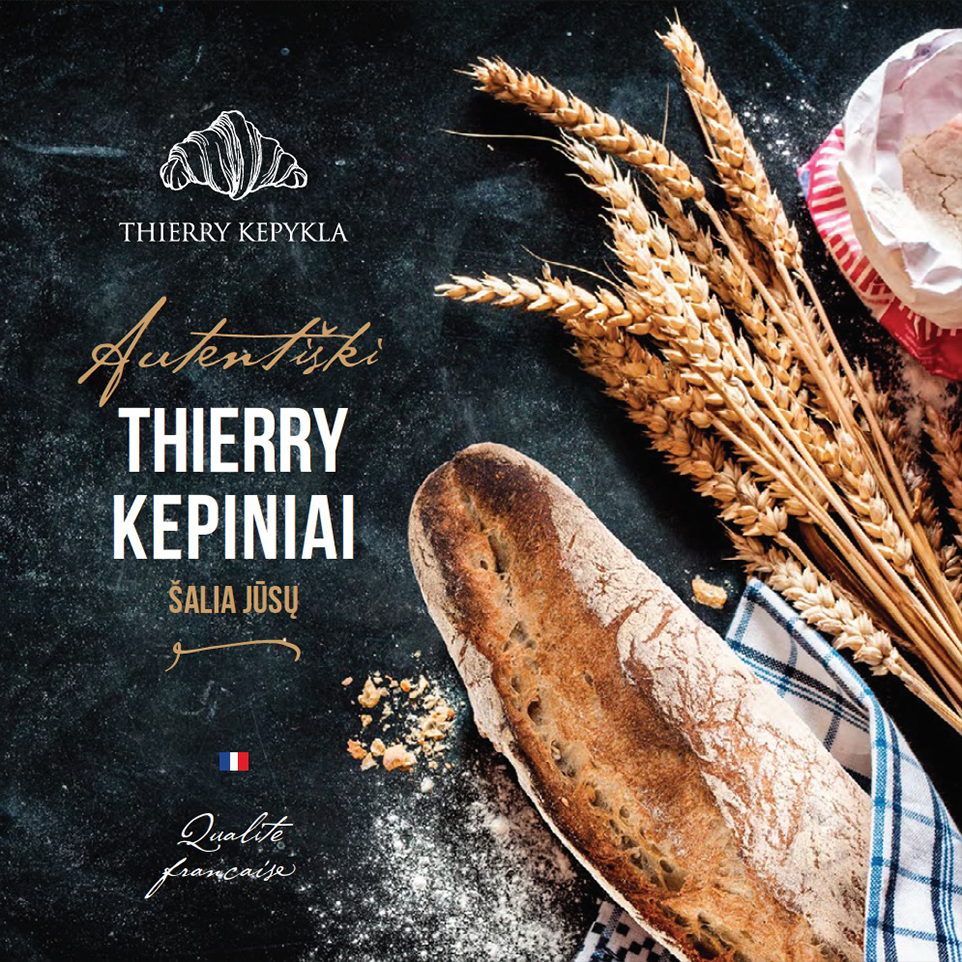 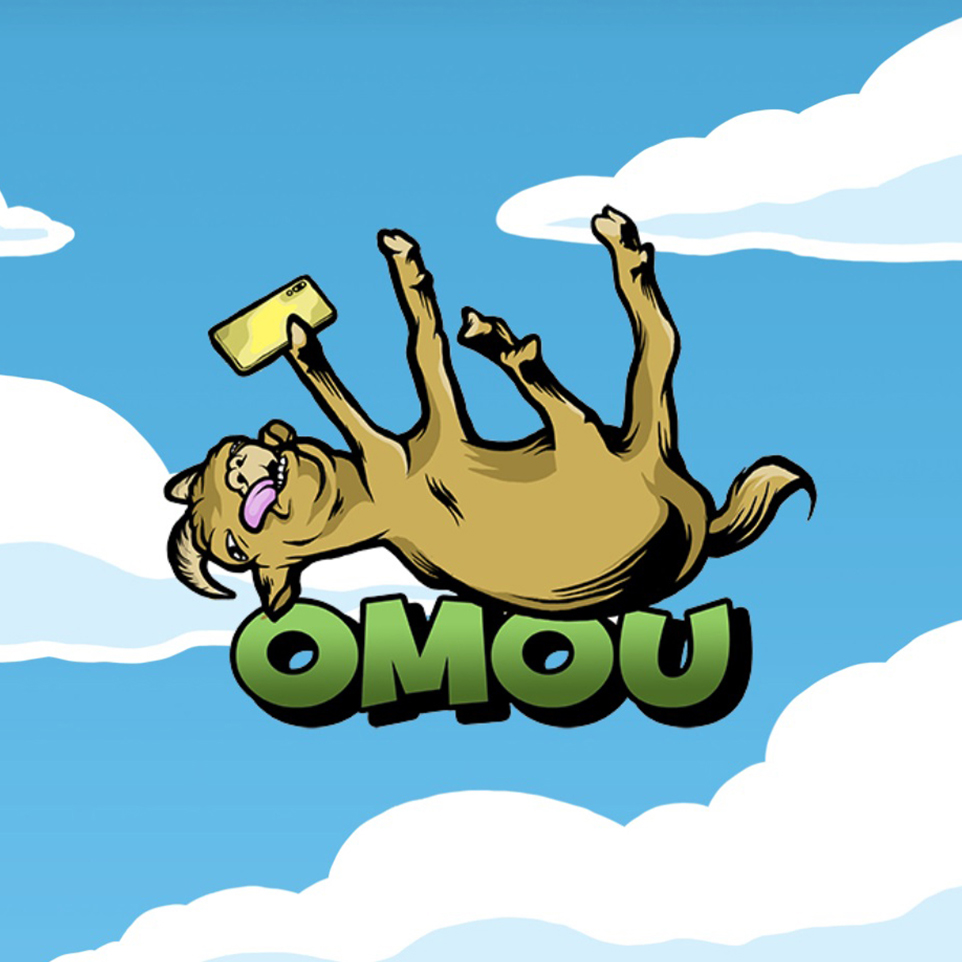 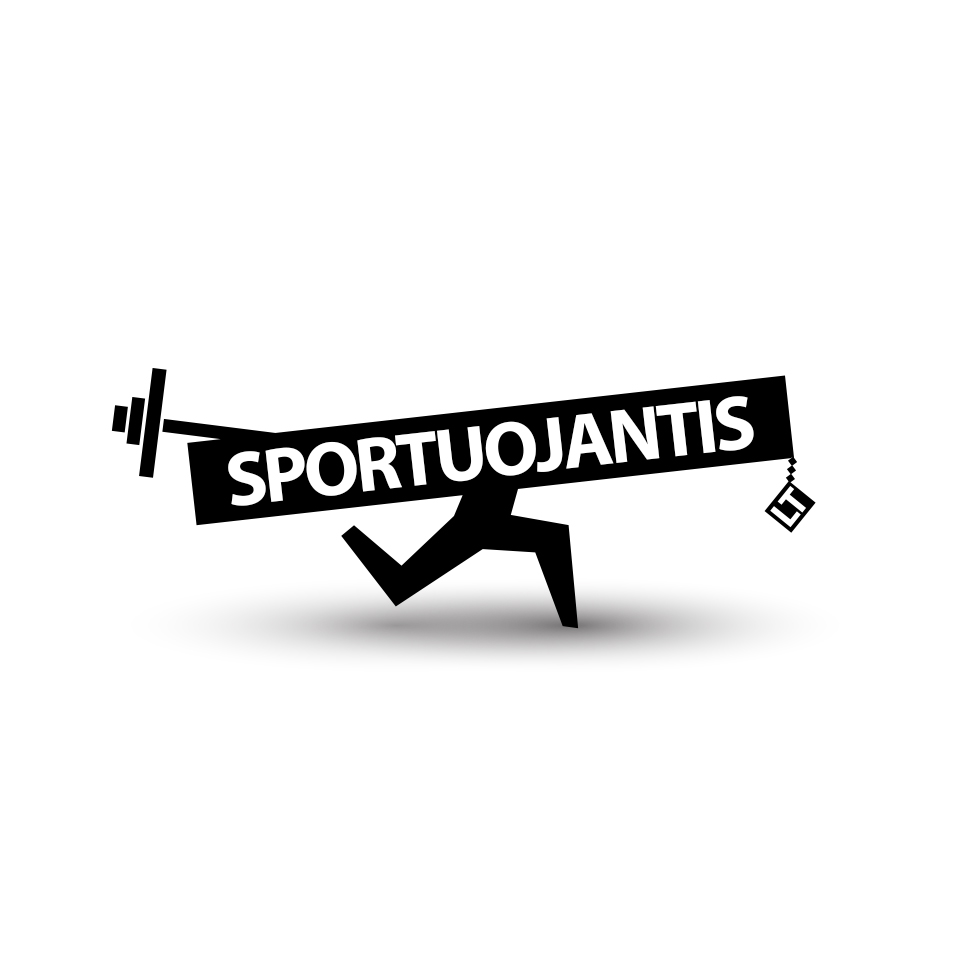 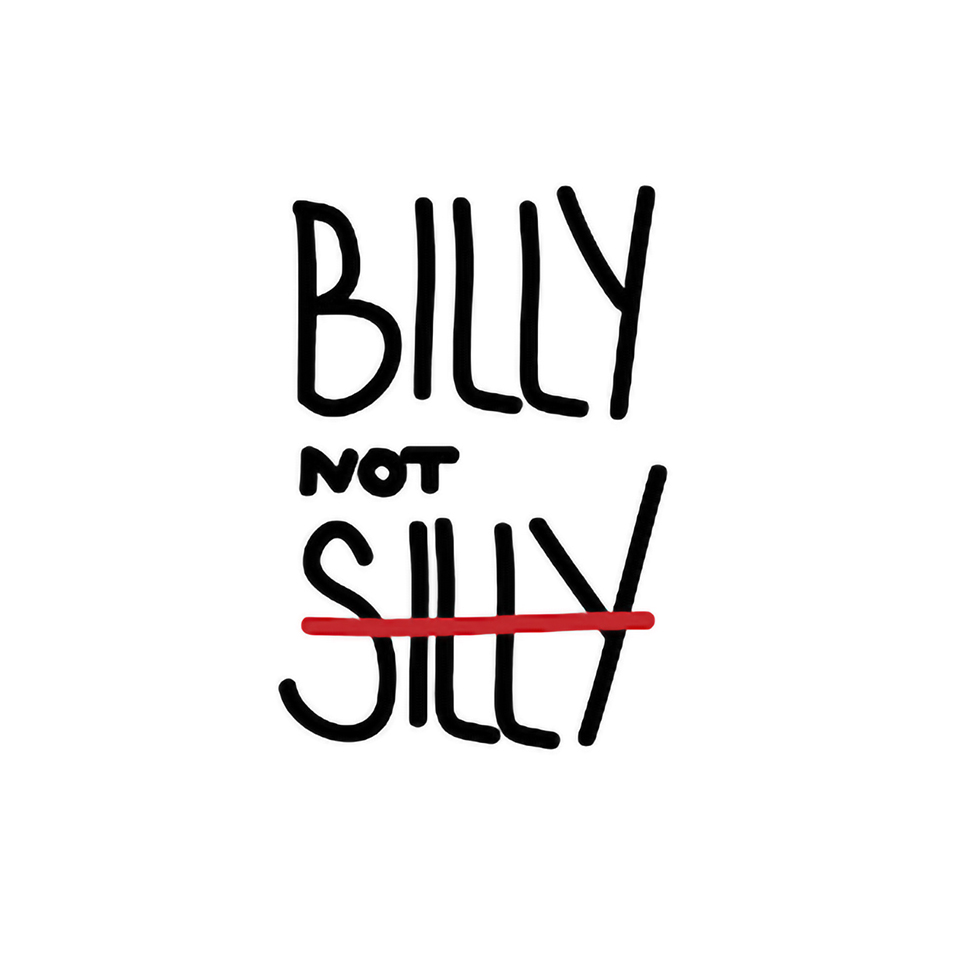